C++ standard has been evolving much more like Java, or rather no more like C evolution, C++20 module remind me of Java 11 it make C++ "appreance" no more like what it used to be... I wonder how far Windows XP could get the lastest C++ standard toolchain. Lets revisit C++ standard progression

While those compilers arrive at the same state around 2015, now we see Clang lagged behind, GCC is struggling and MSVC is geting faster and faster.

In Windows XP context though, GCC seems the only hope for any "sort of" C++20 support considering they have the principle of having as cross-platform as possible rather than as native as possible codebase. Clang libc++already break XP when implementing C++17FS.

How about C runtime?
Now called UCRT, apparently it also strangely break XP too. Being versioned as Windows SDK's the last XP compatible is 10.1.18362.1, starting with 10.1.19041 ucrtbase.dll through api-ms-win-core-memory-l1-1-0.dll redirector is asking dll.VirtualAlloc, dll.VirtualQuery and dll.VirtualProtect from kernel32.dll which previously not prefixed with "dll." weird... Note that Visual C++ runtime installer usually bundled with much older 10.0.10586 UCRT (from Windows 10 1511).

SAIS is unusual space strategy  game for its time, it opensourced in 2005 and then modernized at github as well as no longer run on XP. It was one of many tiny XP-era games that I collected. I take the SDL1 version source and compiled it, put the full game data and noise-filter the sound files to make it less annoying... is that what the author thinks of void space noise :(. Since this one is SDL based it is now run windowed! yay. 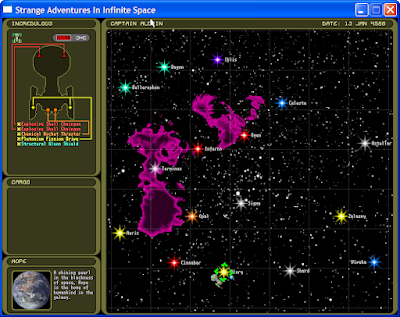 Posted by TumaGonx Zakkum at 14:41 No comments:
Email ThisBlogThis!Share to TwitterShare to FacebookShare to Pinterest

This little gem is made by japanese programmer Yuno dated back to 2003. This is an opensource software, its borland c++ source sadly never archived : http://uri.sakura.ne.jp/~cosmic/yuno/download/ttfeditsrc.lzh. You could open and edit ttf font or create it from scratch, there is also reference image feature that help you trace existing bitmap text sample or hand-drawn font.

I have bing translate this app into english (using resource hacker). As the name implied only ttf format supported, no fancy modern web fonts format, no opentype just TTF.

This outline editor is nice companion to Microsoft Visual TrueType.
Note: You can't directly open font from %WINDIR%\Fonts from the open file dialog. Copy it somewhere else first.

Posted by TumaGonx Zakkum at 15:49 2 comments:
Email ThisBlogThis!Share to TwitterShare to FacebookShare to Pinterest