What a handful Calculator !

I got lot of bitter experience with Windows 8.1 but still quite noob with it. Often I click the wrong shortcut for calculator from the start page where I launch App version instead of desktop version which on the next right list.

Just want to show that Software maker will race to make bloatware that parallel with current hardware level. MS said 8/8.1 has lower RAM requirement than 7 (well for some Windows 7 feature cut off that's already make sense). But probably they're after to compromise something else...

The inherently RAM sucker WindowsApp. After took several seconds to launch an eightened/flattened version of MS Calculator Plus (2005), I decide to look how much RAM it took. 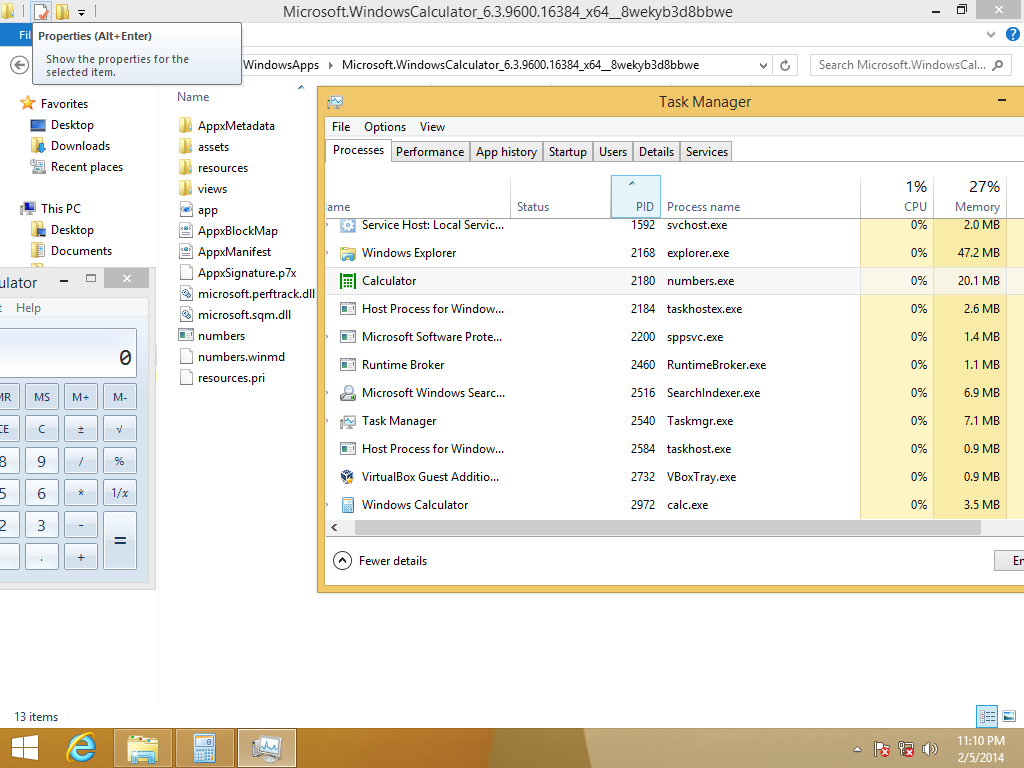 A WindowsApp Calculator took 20MB (more than Virtual Box manager need)
A Vista/7 Calc need 3.5MB
And for the record XP Calc is about 750KB

That's roughly 5x increase for each generation to do the same task: crunching numbers. You could apply this comparison to other WindowsApp too. Also imagine if everything ported to WindowsApp...

Maybe when 32GB RAM  is common for consumer PC the next-gen calc will need 100MB to do "1+1" calculation... complete animated full 3d button with raytraced soft shadow and fully reflective OSD. Wait... at the moment it's backward evolution remember? we're heading to low tech mobile device where you can only view, read, write and play. Wake me up when Ipad can construct the next gen Game.

At the background of the screenshot, you can see the container of an App.. uhh ohh remind me of OSX's App bundle eh? Indeed while you could see numbers.exe there, it won't run by just double click on it (not in desktop mode at least). The container (the main folder) is a hierarchy of executable, settings and resources. This I think is how in the future apps will be standardized for Windows hmm I wonder. I need to have a look more at this stuff considering MS unlikely change their mind to retire desktop app in the future.

Windows 8.1 64bit was run as Guest under VirtualBox 4 under Windows XP 32bit
Posted by TumaGonx Zakkum at 14:50 2 comments:
Email ThisBlogThis!Share to TwitterShare to FacebookShare to Pinterest